WORKING WITH COMMUNITIES, GOVERNMENT, CIVIL SOCIETIES AND LIKEMINDED INDIVIDUALS TO EMPOWER THE OPPRESSED/MARGINALIZED TO ENHANCE AND ACHIEVE THEIR RIGHTS SOCIALLY, POLITICALLY AND ECONOMICALLY.

“RESPONSIBILITY AND POWER OF THE INDIVIDUALS AND THE COMMUNITY”

Grassroot is a registered Non-Governmental Organisation (NGO) that is committed to work with communities from an Indigenous Rights and Gender perspective. It was formed on July 27, 2007 with the purpose of addressing injustices that impedes human rights and to protect, defend and promote indigenous peoples’ rights. Grassroot works to empower indigenous people through capacity building, skills development activities, sustainable livelihood programmes, women & youth empowerment and advocacy. We exist to ensure equal accessibility, responsibility and opportunities that are sustainable for everyone. The Objectives we work on involve various sectors, ranging from Culture & Tradition, Youth, Livelihood and Advocacy.

Working with Communities, Government, Civil Societies and Like-minded Individuals to Empower the Oppressed/Marginalized to Enhance and Achieve their Rights Socially, Politically and economically.

Responsibility and Power of The Individuals and the Community

It all started with a cup of tea and a very casual discussion on Rights and Welfare approaches an NGO takes. The cup of tea lead to the idea of forming an organization that works on Rights, Entitlement and Power & Responsibility of the individuals and the community. We started with Rs. 250/- and many a dream to fulfill. Our first big project was the Meghalaya Election Watch in 2008 where we took the initiative to analyze the affidavits of the contesting candidates of the Meghalaya Legislative Assembly, in close collaboration with the Association of Democratic Reforms (ADR), New Delhi and other civil societies. The Organization was also part of the nation wide campaign with the Association of Democratic Reforms for the introduction of NOTA (None of the Above) as a voting option, should anyone be not in favor of any of the candidates who were contesting for the elections. This proved to be successful as NOTA was finally introduced in 2013 in all Electric Voting Machine (EVM) across the country as issued by the Supreme Court.

In 2009,  our  first indigenous journey began when a well wisher from Mumbai donated to help us create community tourism in Mawlynnong, the cleanest village in Asia, where Grassroot encouraged local architectural techniques to be used for a guest house. This guest house is now growing with a restaurant and two bedrooms.

Reproductive Health and Rights was our next mission which was implemented across Pynursla Block, East Khasi Hills where awareness campaign were given to the women who later demanded better and safer delivery processes in their health centers. We went on to organize various events, campaigns and took up projects that aided us in the process of achieving our Goal. We published, documented and collated indigenous wisdom and knowledge to further add value and promote our rich cultural heritage. The journey towards indigenous issues and rights started to churn our perspective to be put into our works and plans!

The International Expert Group meeting invited our President, Mayfereen Ryntathiang as one of the panelists on their webinar held by the United Nations Department of Economic and Social Affairs (UN DESA) to represent the indigenous people of Meghalaya. 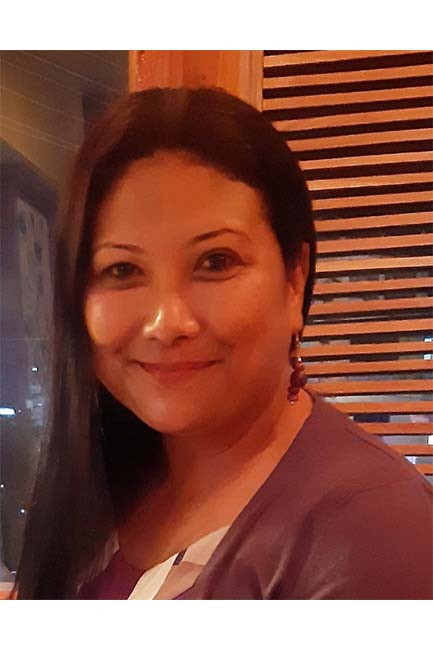 Mayfereen is a Social Worker and Human Rights activist with more than a decade of committed work put in the field. She is passionate about working with and for the Indigenous people of Meghalaya. She has done her Masters in English Literature and topped it up with an education in Human Rights. recently, she completed a Leadership and Human Rights course at Columbia University, with The International Indigenous Women Forum (IIWF). Mayfereen is actively associated with the World Mountain People Association  (WMPA), representing the state in world mountain conferences held at Ecuador and Chambery, France. she is also associated with International Center for Integrated Mountain Development  (ICIMOD) on enhancing advocacy skills and understanding trans boundary issues for the Himalayas.  She was a part of the Mountain Community Team to present a motion on Anti-Uranium mining in Meghalaya at the UNESCO. In 2016, she represented India at the United Nations Permanent Forum of Indigenous issues, at the UN Headquarters, New York, to lead a voice on land and cultural rights.

Mayfereen initiated the documentation of the Khasi folklore, ‘The Peacock and the Sun’ into an animation form to create a deeper understanding for the children to understand their roots while having wings. This animation was done through a scholarship won from Million Kisses Foundation, USA. 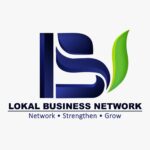 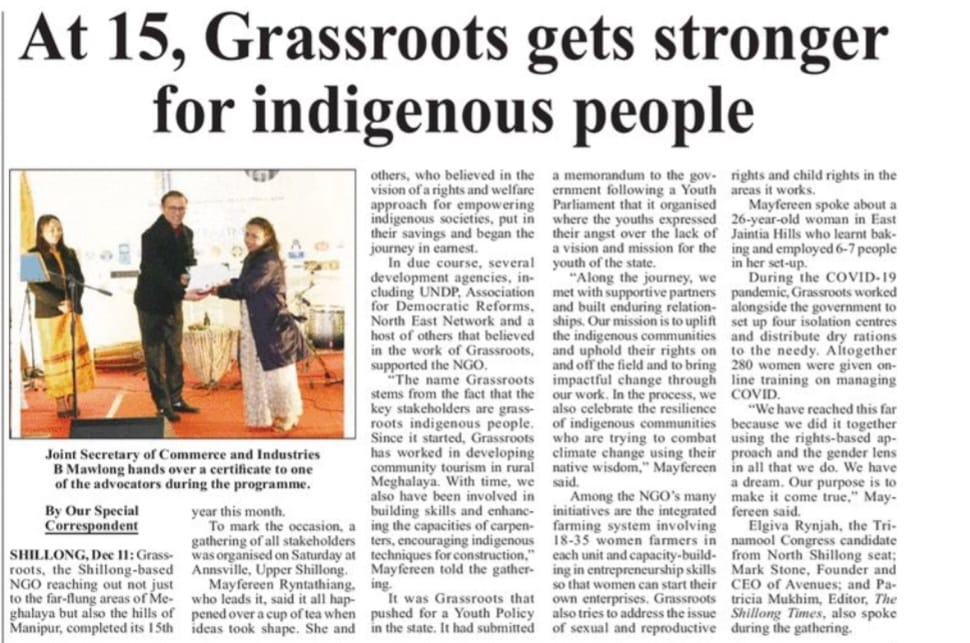 Following up on our Skills to Succeed training programme conducted in collaboration with Quest Alliance and CASA, here’s a success story of one of our trainees from East Jaintia Hills, Meghalaya.

GRASSROOT WAS SPONSORED BY NEDFI TO SHOWCASE THE ERI SILK OF THE PEOPLE OF THE RI BHOI AT THE BIRMINGHAM SPRING FAIR, UK’S BIGGEST YEARLY RETAIL EVENT.

INITIATED COMMUNITY BASED TOURISM IN MAWLYNNONG AS ONE OF THE LIVELIHOOD PROJECTS MANAGED BY SHG.

PROMOTED THE DEFENCE AND PRACTISE OF HUMAN RIGHTS IN COLLABORATION WITH NEEDS, VHAM, WMPA AND OTHERS.

SCEENED ‘THE PEACOCK AND THE SUN’ IN 15 LOWER PRIMARY SCHOOL OF SHILLONG, SUPPORTED BY MILLION KISSES FOUNDATION, USA.

INITIATED THE DOCUMENTATION OF THE LOCAL MEDICAL HERBS OF THE KHASIS IN LAD MAWPHLANG.

GRASSROOT LAUNCHED THE ‘SPEAK OUT’ CAMPAIGN, A FUNDRAISER TO LEGALLY AID SURVIVORS OF VIOLENCE AND IN THE SAME YEAR A MONTAGE ON VIOLENCE AGAINST WOMEN AND MEN WAS LAUNCHED. 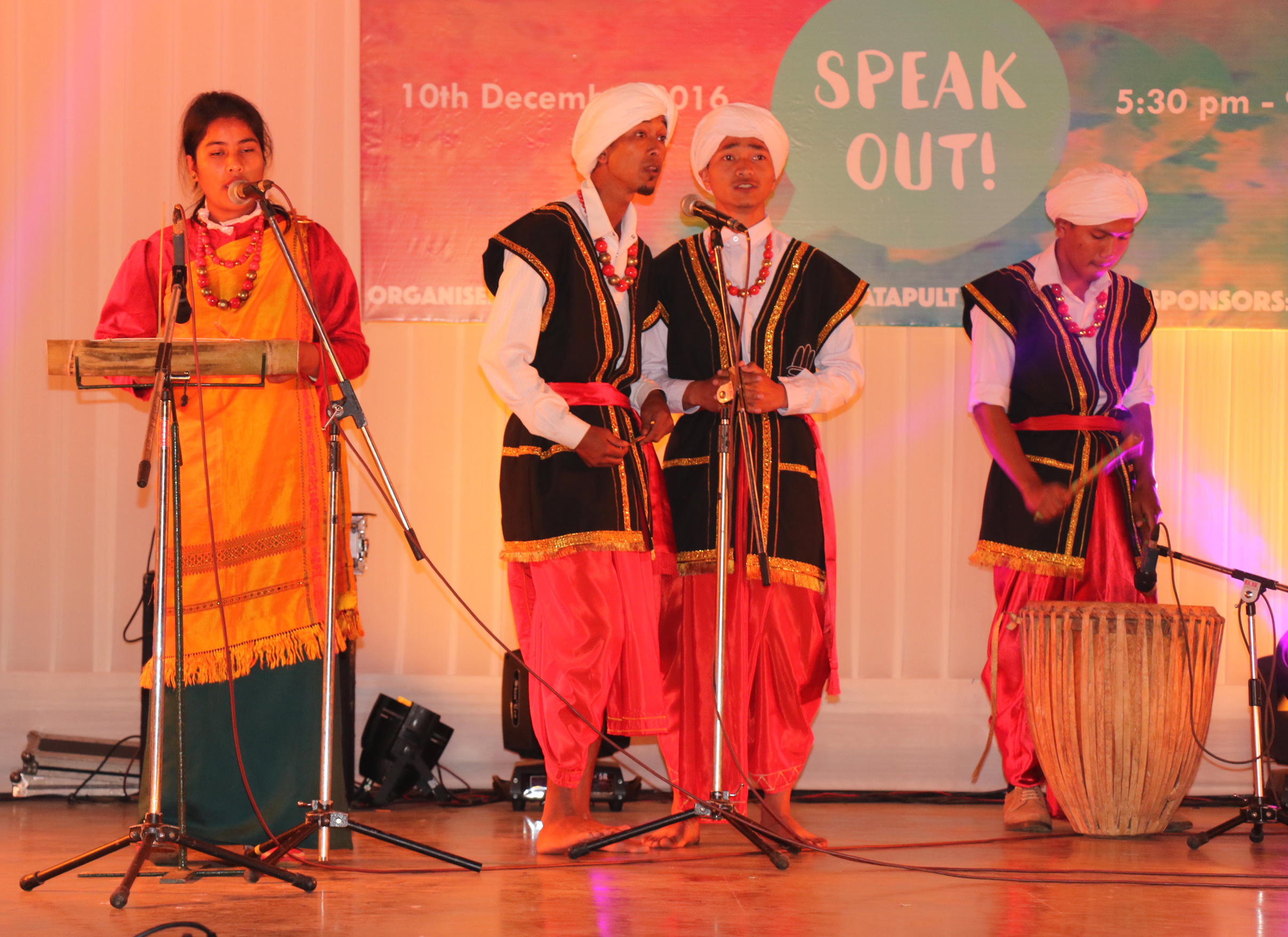 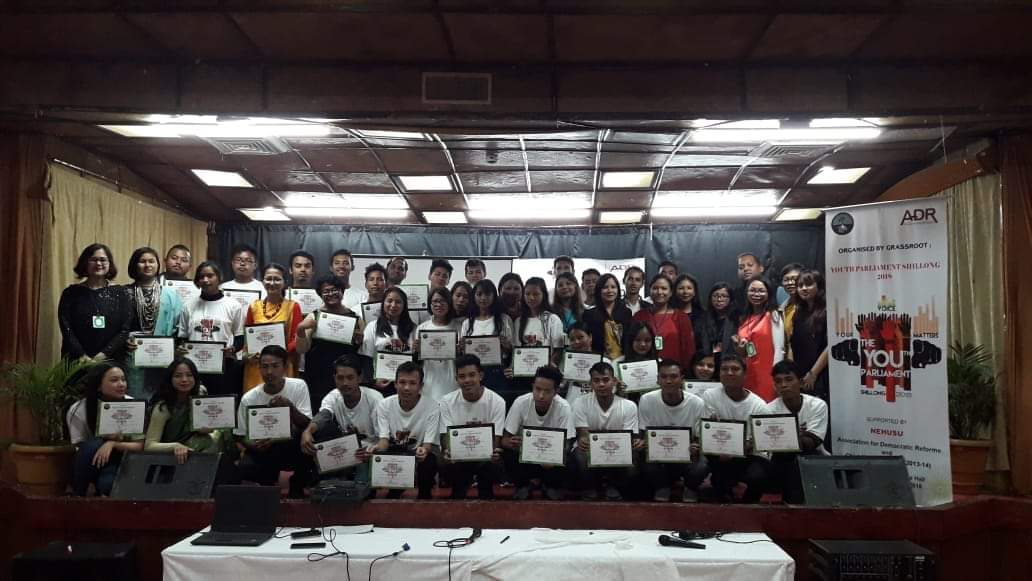 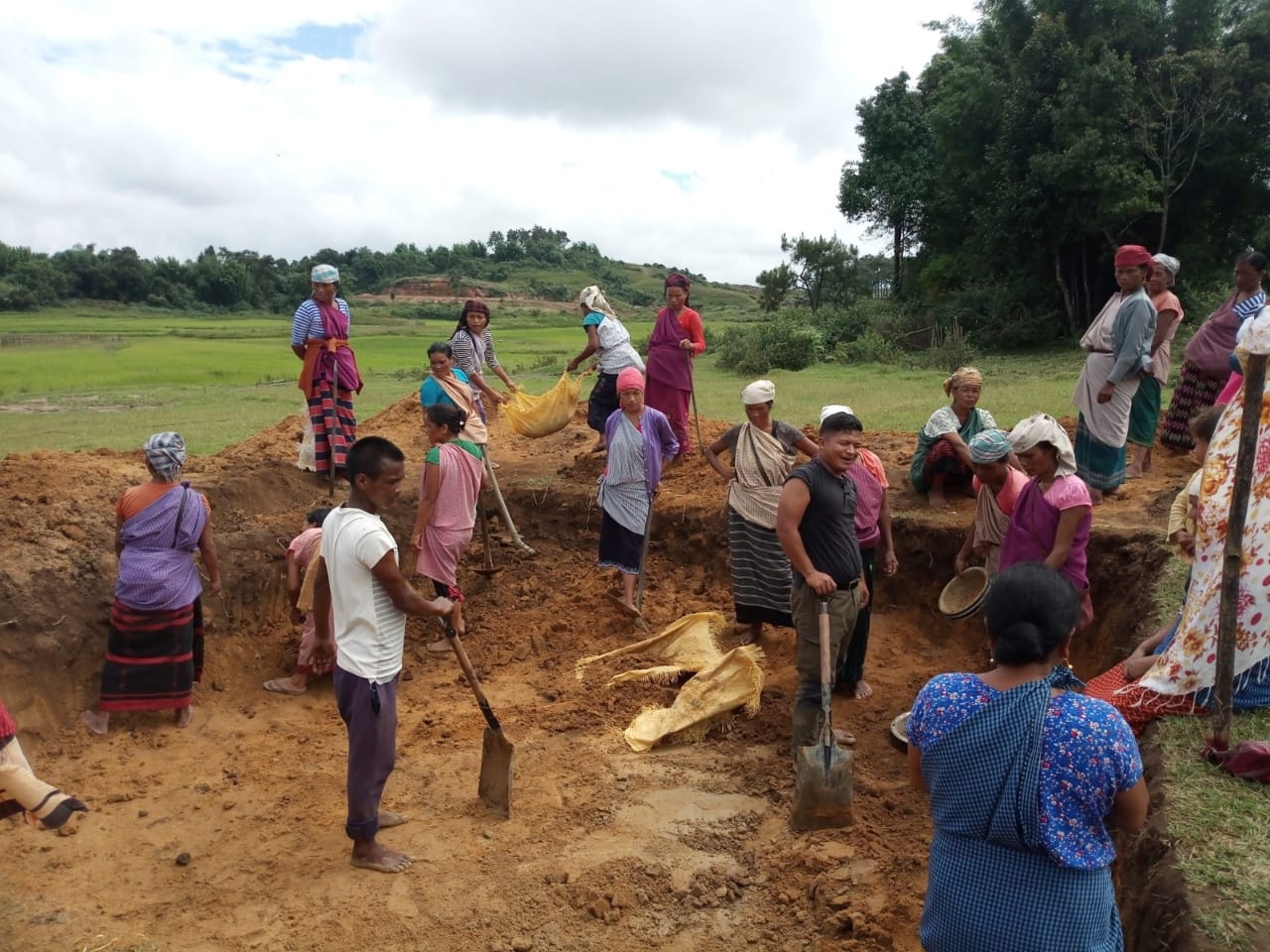 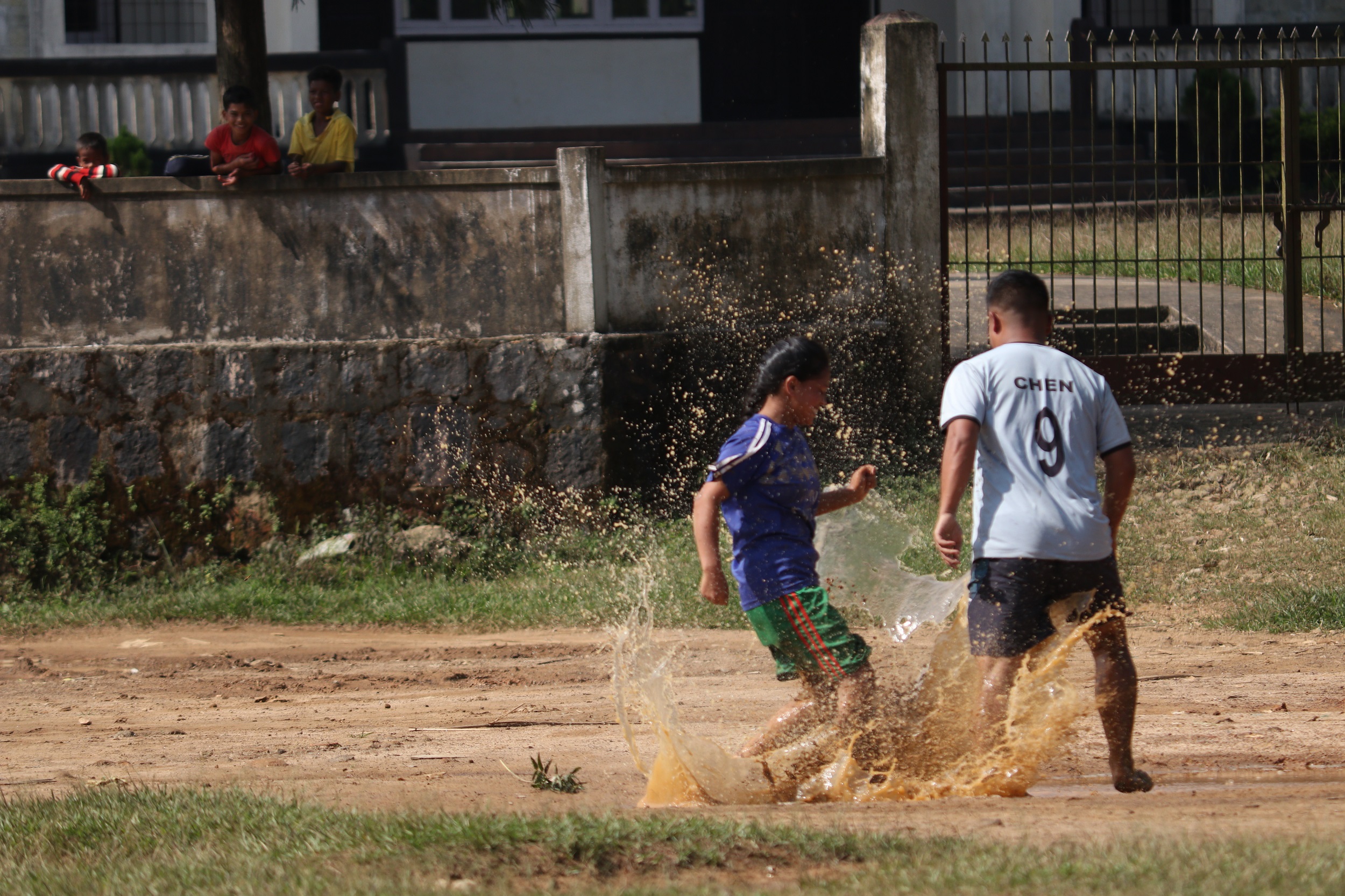